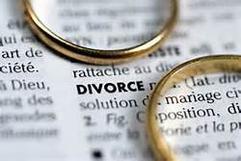 All divorces are different, but you can expect your divorce to follow these guidelines:

One spouse (the Petitioner), files an Original Petition for Divorce with the court, and has the other spouse (the Respondent) served with the paperwork. If the spouses are cooperating, the Respondent can sign a waiver--avoiding the need to be formally served. At the time of filing, the Petitioner can request that the court issue a standard Temporary Restraining Order. This order requires that no assets are sold or given away before they can be divided by the court, and requires that the spouses act civilly to each other and not threaten or harass each other. If a Temporary Restraining Order is issued, the court will schedule a hearing within 14 days of issuance. At that time, the court may make the Temporary Restraining Order into a temporary injunction against both parties.

If no Temporary Restraining Order is issued, the Respondent has 20 days plus the next following Monday to file a document called an Answer. The court will also consider    temporary orders, which will be in place while the divorce is pending. Temporary orders usually involve temporary custody, visitation, and support of the children, and temporary use of property and payment of debts. It can include temporary spousal support and the        payment of attorney's fees.

The spouses will discuss settlement of the case, either directly or with the help of their attorneys.  If they can work out an agreement on everything, one of the  attorneys will prepare an Agreed Decree of Divorce, which will contain all of the terms of the agreement. The spouses and their attorneys sign it, and then it is taken before the judge for his signature.

If the spouses are not able to agree on all of the issues in the case, a trial date will be set.
Before trial, spouses are required to mediate. Mediation is an informal process allowing the divorcing couple to work with a neutral third party--the mediator-- to negotiate and settle all terms of their divorce. If mediation fails, the case goes to trial. At the conclusion of the trial, one of the attorneys will prepare a Final Decree of Divorce to present to the judge for signature.
This will contain all of the court's rulings and will resolve all issues pertaining to the divorce.

In Texas, a divorce can be completed in as little as 60 days if both sides are cooperative. Otherwise the length of time beyond 60 days will depend on the issues involved, the cooperation or lack thereof from the opposing party, the motivation of both parties to finish quickly, and the complexity of the case.

Texas law allows for "no-fault" divorces. However, if one spouse is at fault for the breakup of the marriage, the court may take that into consideration in determining what is a fair division of the couple's property. 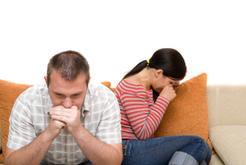 The statutory grounds for a fault divorce are:

For a no-fault divorce, your petition alleges "insupportability," which is defined as discord or conflict of personalities that destroys the marriage and prevents reconciliation 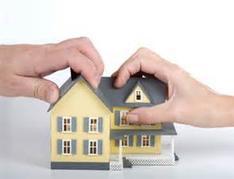 The court will start with a presumption that all the property earned or acquired by either spouse during the marriage is community property. If you have separate property you will have to prove that it belongs only to you.  Separate property includes property acquired by just one spouse by gift or inheritance.  The court divides community property between the spouses in a "just and right manner." In most cases, that means a 50-50 split. In some cases, however, factors such as unequal earning power and fault in the marital relationship can affect the division of property.

Thank you for contacting us. We will get back to you shortly.

Please complete all required fields below.